In September 1880, A. J. Bush, a pioneer preacher, came to Kimble County locating sixteen other members of the Church of Christ, thus forming the nucleus of the first Church of Christ in Junction.

1882 - Saw the construction of a building facing East at the corner of Eighth Street and College. This was a community-type building used by the entire city.

1890 - The first Church of Christ building was constructed on the lot now occupied by the present Fellowship Center. This first building was used for thirty-eight years and razed in 1928 to make room for a dwelling that was removed from the site of the present church building. This dwelling served as the parsonage until 1968 and was razed in 1989 or 1990.

1929 - The present church building was constructed, being completed in October of that year.

1990 - The Fellowship Center was completed

2012 - Construction of a new Education Building with a half-gymnasium was completed on the newly purchased lot. This completed the current campus of three buildings faced on College Street.

At present there are 150 members, including descendants through the fourth, fifth, and sixth generations. The church is active with outreach programs in the mission fields, benevolence activities with the Junction community and national efforts, the Ministerial Alliance, and continues to foster spiritual growth by the grace of God! 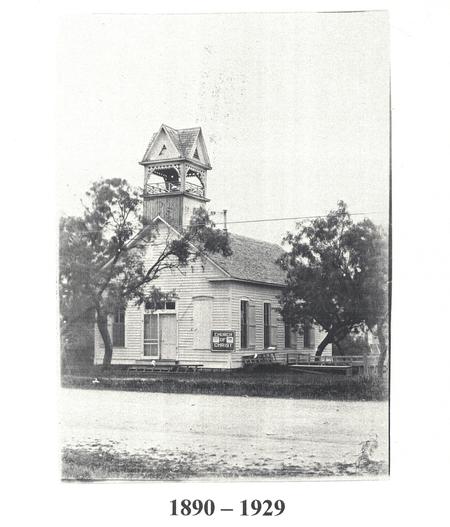